Things were still going ever so slowly. The most exciting thing that happened for days was listening to Jin call and talk about her woohoo exploits. Jin just never stops. Don’t tell her, but I’m sick of hearing about it. I think she’s bragging.

Erin has been grumbling a lot about that figment of her imagination. She says he never gives her any privacy.

She says he better remember who’s boss. If he doesn’t shape up, she might just stop imagining him. 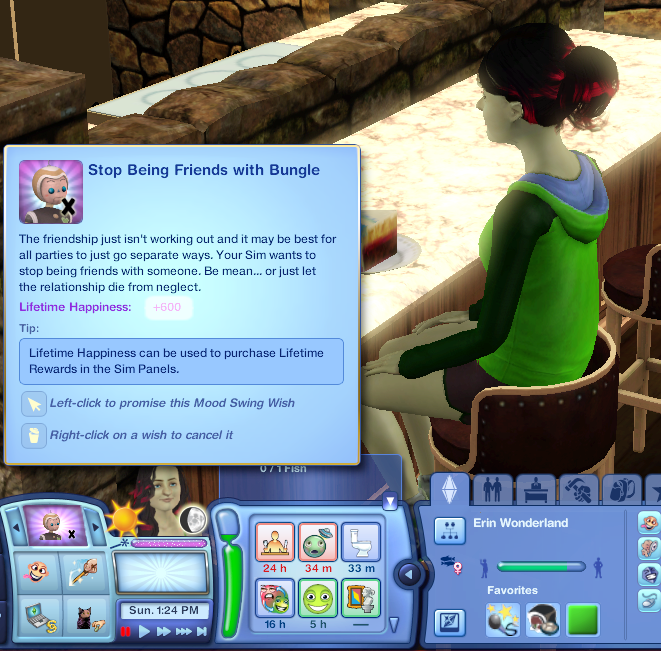 I told her I thought that was a great idea. She should focus on imagining relationships with real people. But she looked pretty guilty after that and changed the subject.

I found the most adorable music box at the consignment store when I was selling some of those non-rainbow gems I found.

Sometimes creepy is the new adorable.

The kitties are being kitties.

Aren’t they so sweet?

Deanne is off shopping for a daddy for my baby granddaughter.

And Christof has gotten interested in politics! He’s also a cheapskate.

Caitlin decided not to let that boyfriend of hers get away after all. Good for her. What’s a happy marriage without constant fighting?

Hetal is still Evil, but in that sexy way.

Erin is always on a computer, and I mean always. She has this little one that she carries with her everywhere.

I don’t know if everything she does on those computers is completely wholesome. I tried to raise that girl right, but sometimes I’m not so sure.

Her grades are great, though, and that’s what really matters. Right? Right?

Erin and Hetal haven’t been getting along very well.

Hetal has some really violent tendencies in her old age. Sometimes I worry about her. 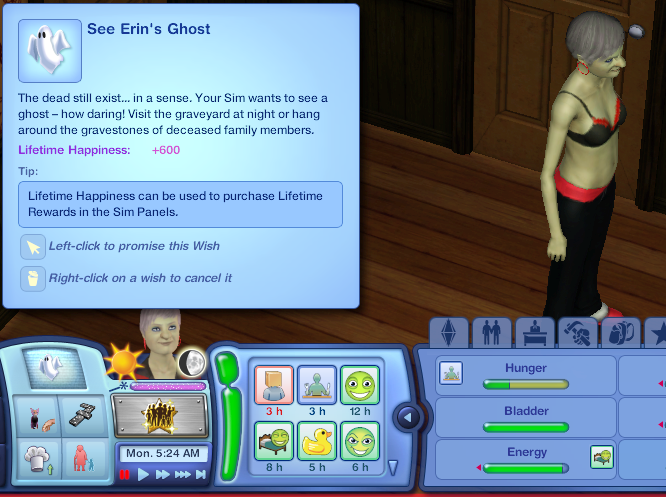 But Caitlin’s seems to be going very well!

And so is Branden’s career! 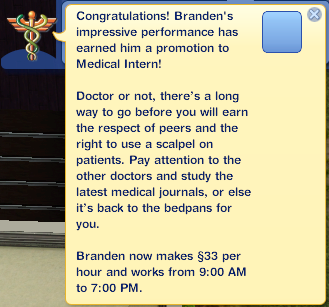 And this is where life finally started to get interesting again!

It was an important day for me.

And I got the best present ever — a three-alarm fire!

It turned out to be the Ivy house, home of Caitlin’s new mother-in-law. What does that make her to me, anyway? Sister-in-law-in-law?

“It’s OK!” I shouted. “There’s no fire here! You don’t have to stand there screaming!”

I had the privilege of rescuing my new something-in-law from a building that wasn’t burning anymore.

I’d never felt so satisfied. I got the feeling that I had finally reached my life’s ambition.

When I got home, I was thinking about spending more time with my grandkids — Deanne’s little Rosie and the kids that Caitlin will have if she knows what’s good for her.

As if it was a sign, my sweet litter of kittens grew up.

Comet and Nebula decided not to age up until tomorrow. I guess they can do that.

It was a moment of truth. I had a good argument with the voices in my head. It was a big decision, and I didn’t want to rush into it.

But I think the voices were right. I’ve saved 30 sims from certain death! That’s more than anyone could ask. It was time to retire.

Hetal and Erin celebrated with me.

Maybe it was time to start something new and exciting! 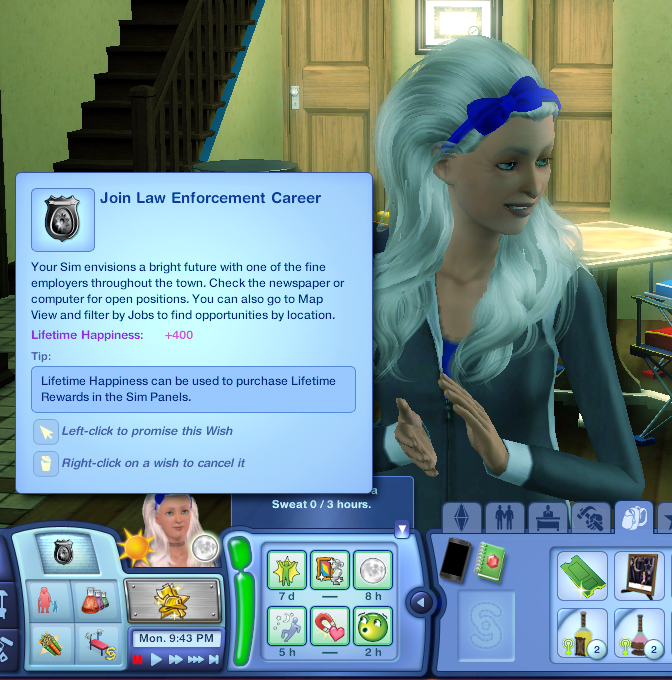 Hetal glared at me just at that moment. “Don’t even think about it,” she said.

And we had one more celebration yet tonight! My littlest baby girl was growing up.

This day started out so boring, but it turned out to be the most exciting one in my life.

I can’t imagine what the future holds, but I bet it will be so much fun!

This is it! The very last post of Allison’s generation!

Allison finished her LTW about two days before Erin would have aged up automatically. It was a long slog. Her career was fun, but I’m also kind of disappointed. I’ve read about all kinds of encounters she never got — fixing gas leaks, special disasters at places like the science center, earthquakes! I got kind of tempted to just trigger one of these artificially. In retrospect, maybe I should have. I didn’t because it would have gotten Allison to her LTW artificially. I didn’t want to take points for a cheat. But in retrospect, the WHOLE POINT is to be as goofy and interesting as possible. Next time maybe I’ll do whatever the heck I want and just give myself a point penalty or something.

It’s hard to sign off on Allison, but I was really ready to let her retire to idiocy and get to let her Childishness out more. She is very close to the end of her lifespan here, and I thought she’d get a few days at best. I’ll give you a spoiler and say that she lived to be over 100. You’ll be seeing Allison as a idiot for a long time coming.

As for the cat legacy, I think I’m going to skip the heir vote and declare Nova to be the heir. Quasar, Comet, and Nebula are all cute, but their coloring just came out so close to Peanut’s. Eclipse is different, and he looks awesome. But Nova has Cheshire’s stripes under Singularity’s spots. That’s just too awesome to give up.

Erin takes over next chapter. Wow!