This is Deanne’s love life: 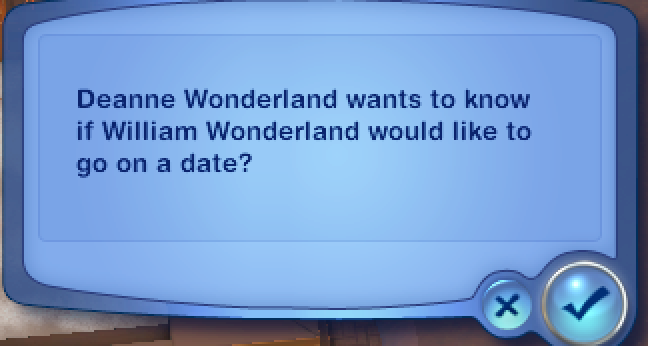 Lather, rinse repeat.
In other news, my brother-in-law, Christof’s husband, called to schedule a playdate with one of my kids. I was never sure which kid he had in mind. I said sure! 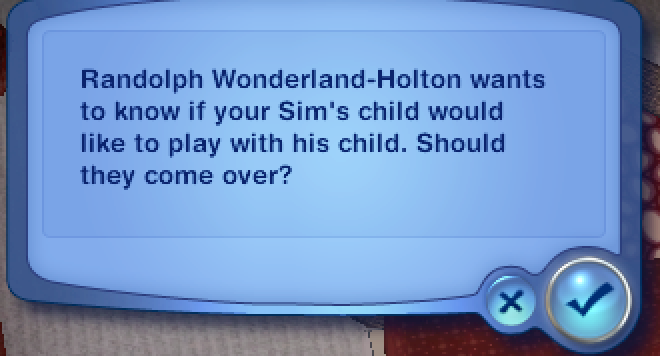 I never spent much time with Randolph. Christof didn’t even invite me to his wedding, the jerk.

He hit it off immediately. In five minutes, we were great friends.

His kid was a little bit creepy, though.

But she got better.

She spent most of the “playdate” playing on our video game console. She didn’t talk to my kids much.

William didn’t seem to approve of my newfound connection to Randolph.

This is the, “Come on to my wife, and I’ll suck you dry,” vampire face.

“What?” I asked when Randolph went upstairs to check on his daughter. “We were talking about the weather.”

“Nothing,” William said. He just glared.

Mama was channeling William’s jealousy. When Randolph arrived upstairs, she kicked his ass for basically no reason.

This was not my family’s finest hour.

I sent my niece and Randolph home before he could be even more abused.

I never did catch my niece’s name.

Then I took William out back to cool him down.

Then I spent some time with Bungle

While William scared the crap out of Gideon.

I guess everything was back to normal now.

Judging from the sounds coming out of the pet house, Nova and Mikhail had a similar idea.

Sometimes I’m amazed at how wonderful my life is.

The next morning was an important day.

It was Helen’s birthday!

We headed to the park for a huge party.

Everyone gathered around to watch Helen blow out her candles.

Except William, who went home to play with the cat. Oh, well.

Everyone had a pretty good time.

Here’s Caitlin’s bastard husband, Peanut, ignoring everyone to play on his laptop.

Deanne getting her sports on.

My brothers and sister getting reacquainted.

This is Rosie Wonderland, Deanne’s daughter. She grew up pretty good looking, I think.

Then we had a werewolf gang fight in the middle of the party.

I thought that was a good time to go home.

I fear Helen may be another face clone of Erin, but I’m really pretty lousy at picking that up. She has Erin’s nose at least. Let’s see what the kids look like as teens.

No fails have happened in a long time. I feel like I should make something harder….