Mama has been very successful at her new career. I guess she found her true calling. 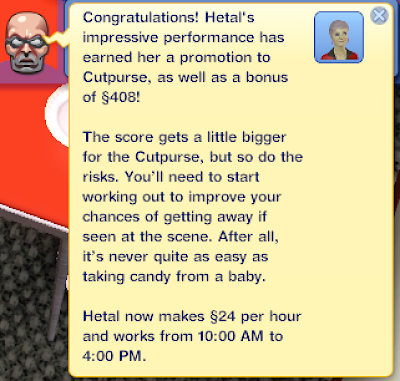 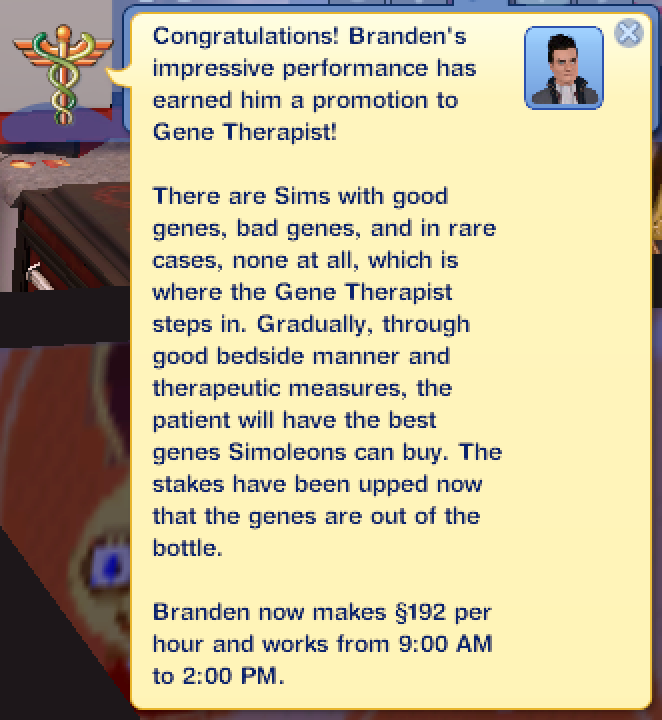 I wonder if he’ll actually make it all the way to the top of the medical field.

At my home, we have less grandeur and more delusions of grandeur.

I failed to get a picture where all three of them were playing royalty at the same time. Trust me, it happened, and it will probably happen again.
I guess I should encourage my kids to have big dreams.
William, on the other hand, has an entirely different strategy. I think it’s called Parenting by Harrassment. He accused Helen of acting like a baby.

She didn’t take it too well.

I think William is better with his kids where they’re toddlers.

Well, he has one more toddler to go.

At least the cats are cute.

That evening started like any other, but it ended with an awful surprise.

It was Mama’s time to go.

She pled with the Grim Reaper for more time. She was only 109. He wasn’t sympathetic at all.

While we were all wailing with grief, Bungle let Grim inside to have a cup of coffee.

I took my grief out on Grim directly. How dare he take my mother away.

After a good pillow-bashing, I felt better.

We laid Mama to rest next to Mum.

It was rough for a time after that.

Only Irene was oblivious.

When I got up in the middle of the night to have a good cry about Mama, I’d finally had enough.

So I zapped myself.

No more grief. Much better.

That night, it snowed.

I had a sudden witchly desired…

To break the toilet.

Fortunately, Helen dealt with the mess.

Then Nova started yowling in the side yard. We ran out to look.

What’s that moving under there?

Kittens! Two of them!

Now that the family and the new kittens were settled, I thought it was a good time to take a new case. 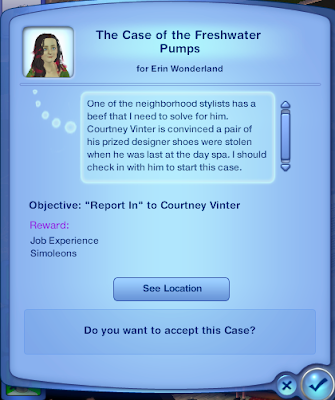 The clues in the snow led me to a house outside of town.

This woman totally looked like she could have stolen some fancy shoes.

I asked her if I could, you know, check around inside.

I expected her to act guilty, but she didn’t mind.
She did her homework while I was dusting for fingerprints. I guess she was younger than I realized. The hair just made her look taller.

While I was gone, William was an embarrasingly good father.

He put all the kids to bed.

With a bedtime story and everything.

That should have made me feel a LITTLE bit guilty. But it didn’t because I found the shoes.

When all my leads dried up, I headed to the fitness spa on a hunch. It was totally a hunch and not because I wanted to go to the spa.

And what do you know! 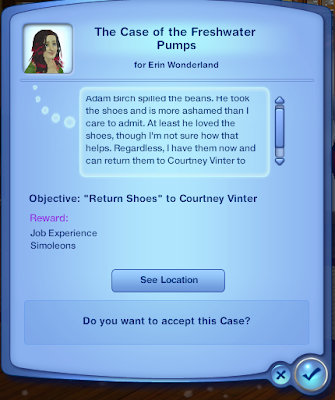 The masseuse turned out to have a shoe fetish!

He gave me the shoes to return to their owner, but he begged me to keep it a secret who took them.
“And why would I want to keep your secret?” I asked.
He showed me why.

This was the absolutely best kind of bribe.

I found out why he wanted it kept a secret later. The shoes smelled horrible. 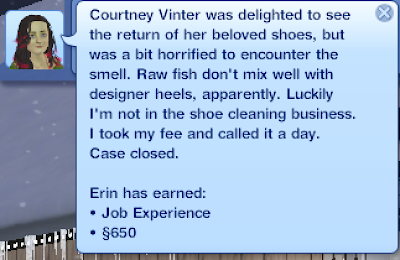 But what do I care? I got paid. 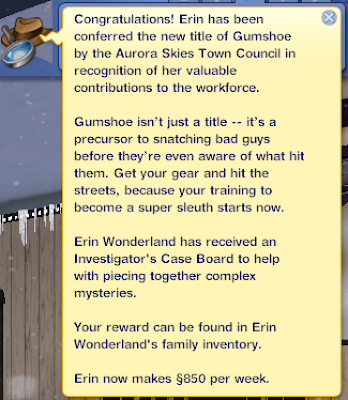 I’m sure Mum would approve.

Aww. Goodbye, Hetal. May you have fun flirting with Allison as a ghost.

Both Hetal and Allison lived to be about 110. That’s crazy long for a life span set to 92 days. After this, I changed the NRaas settings to put a maximum on the number of days I sim could live.

I LOOOVE Mickey and Minnie. The only problem is that their markings are exactly the same, and Minnie has the default all-skinny-slider body type. I’m considering using Play with Genetics to re-roll her. Pets seem to have a large number of genetic fails. But considering that we only got one set of markings, isn’t it perfect?? I think there’s a bit of all the generations so far.

This almost catches me up to gameplay. I’m not sure if there’s another post worth of pictures. I believe I stopped playing right before, or right on top of, Franklin’s birthday.

My big question is this — if anyone is reading. Erin and William both have a wish locked in for another kid. I fear Gideon and Helen might be clones. So what do you think? Should I do it??