The kitties were so sweet.

But there were only three of them! We were so used to a house full of cats that just our three old friends felt lonely.
Caitlyn seemed to feel it the worst.

To make her feel better, Hetal promised to get a new cat. I may have an issue with the babies my lovely wife wants, but I can never complain about more cats.

So we went out to look for a new feline friend and came back with Singularity.

And she’s quite the huntress.

We spent all morning watching her. Peanut seemed particularly taken.

Meanwhile, Christof went out before dawn to look at the stars.

Deanne got up early to fish and caught a few minnows. They don’t bring in as much as frogs, but they also take up less space.

I cleaned up a mess Hetal had left on the floor.

Apparently, they were some sort of important papers that she wanted destroyed, so it seems I did her a favor. I don’t ask about Hetal’s job because there are things about my wife I’m better off not knowing. 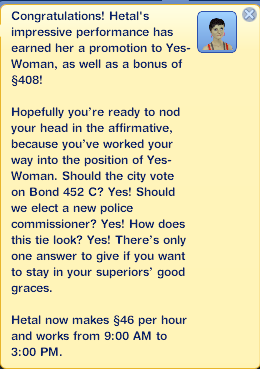 Erin did her homework. She’s such a studious girl. Sometimes I worry that she doesn’t get out enough.

Christof came back home and worked on his soccer moves some more. I think he’s going to be a professional. I’m so proud.
Peanut and Singularity continued to get acquainted.

She’s such a dainty creature, our Singu.

Now that I’m working from home, it’s impossible to leave work at work. So I upgraded my fire extinguisher.

It was getting cold, so Caitlyn warmed her tushie by the fire. If I were her, I’d put on more clothes, but who am I to judge?

Hetal and Erin broke out the dominoes.

Did I mention Singularity was cute? We just couldn’t stop watching her.

Then Deanne exercised while Erin watched TV. I think they were watching the news. Maybe it has a really good beat to work out to.

And Caitlyn and I worked on our backhand.

While Christof worked on his upper body strength.

Then it started to get dark, and I hung up some new lanterns on the back porch.
Deanne was devastated. If I’d known how she felt about lanterns, I’d never have hung them.

Hetal pointed out that it was just a light, and there was no reason to get so upset.

While Hetal was helping Deanna calm down, Erin saw the light and freaked out.

Caitlyn hurried out to comfort her.

Caitlyn at least likes my taste in illumination. It’s nice to have a little support around here.

But even Hetal decided they were really kind of monstrous.

Welcome Singularity Tart! This is Black Hole Tart from the Tart ISBI with a sex-change because I needed a female mate for Peanut. Thus the cat legacy prepares to pop out Gen 3.

All the idiots followed her around and watched her play all day, but the animations never make it clear that’s what they’re doing, so I don’t have a picture. She does in fact have the Hunter trait, and that means she spends most of her time autonomously hunting. This is great for picking up critters to sell at the Consignment Store. (I decided it was OK to use Twallan’s Consigner because it’s dumb that you can buy things at the Consignment Store that you can’t *sell* there.)

It wasn’t clear because I missed capturing a popup someplace, but Hetal got a work opportunity to destroy some papers. You had to drag the papers out of her inventory onto the floor and then throw them away. (I had to look it up online because it was very non-obvious.) It turned out that anyone could throw them away, so Hetal got a nice performance boost and a promotion Woot.

Watching everyone “React to New Object” and freak out was even more funny in game.